Dynamic Sloshing Liquid Rig. Making It Look Like a Simulation With Nothing but the Awesome Power of Math. Part 1: The Basic Rig 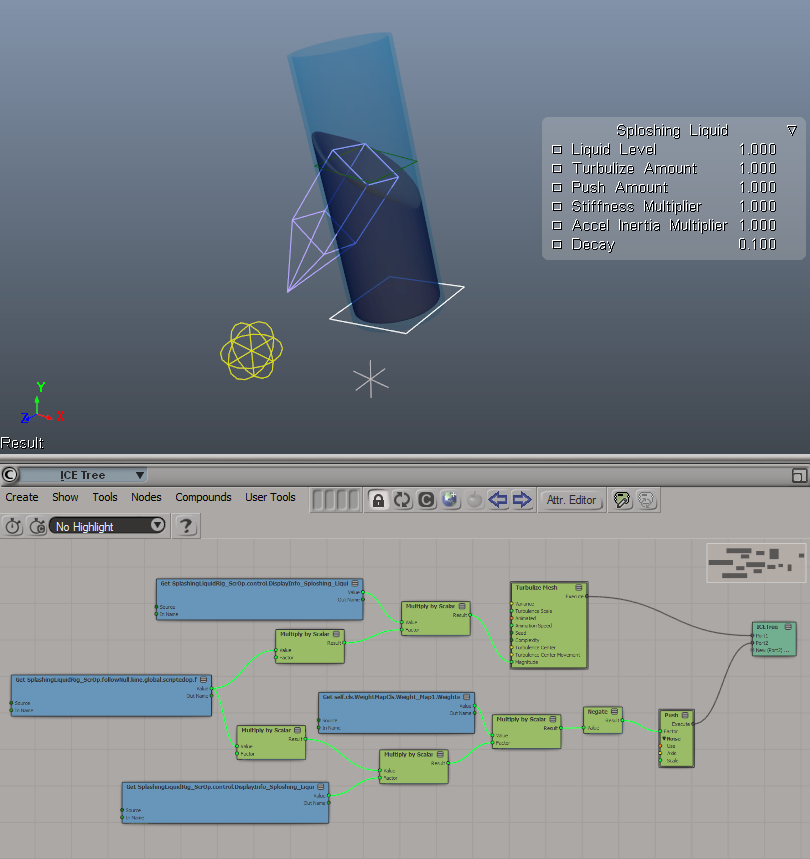 The games are over. It's previz time

All right, gang. As the title suggests, the games are over and I'm officially working on a previz (previsualization) of my upcoming short film.

The way I see it, and judging by how the big studios are doing it, the first thing to do is a very basic 2D-previz which would allow to estimate scene and event timings and check whether the whole story "works". I've already done this using GIMP and then edited all segments together in After Effects.

Coupled with the soundtrack I've composed together with a talented music producer, I finally "saw" the whole thing "outside of my own head". And it works! The story, the tempo, the camera angles - just like I originally imagined them. Now it's time to bring the whole thing to life.

I'm currently in the process of redoing the previz in 3D as can be seen from the screenshot below. This will help polish timings further and see actual animated camera and character movement, which is uber-cool.

For character rigging I am using the wonderful Exocortex Species tool-set. It will allow me to not only generate MoCap and manual animation-ready rigs from my production geometry with a click of a button, but also quickly create previz-ready characters which is a true blessing.

I will be talking more about Species as I go along.

And yes, the whole movie, every single scene, animation and 3D special effect will be done with one and only Softimage and rendered out with Redshift. For compositing and editing I will use After Effects CS6 that I was also able to license a couple months before the whole monthly subscription thing came along, which I'm not very fond of. But I digress.

Posted in Uncategorized on September 23, 2016

Update as of 20 Nov 2016: for some reason the Wiki is still available and the notice is gone. I wonder why. Regardless, you still have time to make a local copy of the portal, which is a good thing. Uhm... Thank you, AD?.. (-_-)ゞ

Just an FYI for all XSI-zealots like me out there.

Autodesk decided to stop hosting the Softimage Wiki portal due to... Well, who the heck cares anymore? I guess it's too expensive for a large international company to host a couple of gigs of files. At least they had the courtesy to warn us beforehand. 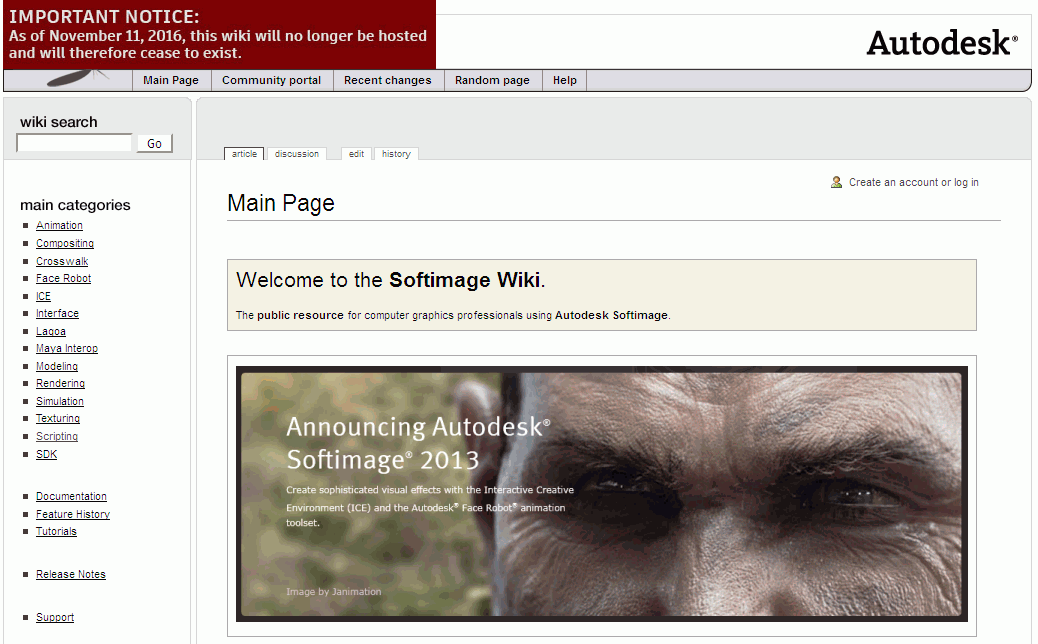 Anyway, there you go.

So if there's something you need from the portal you better make a local copy before Nov, 11. 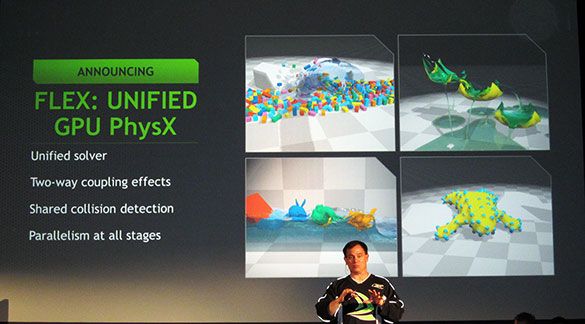