The Rise of the NEW Teenage Mutant Ninja Turtles!

The new TMNT makes me so happy, yay! Splinter is my favorite. Who's yours? 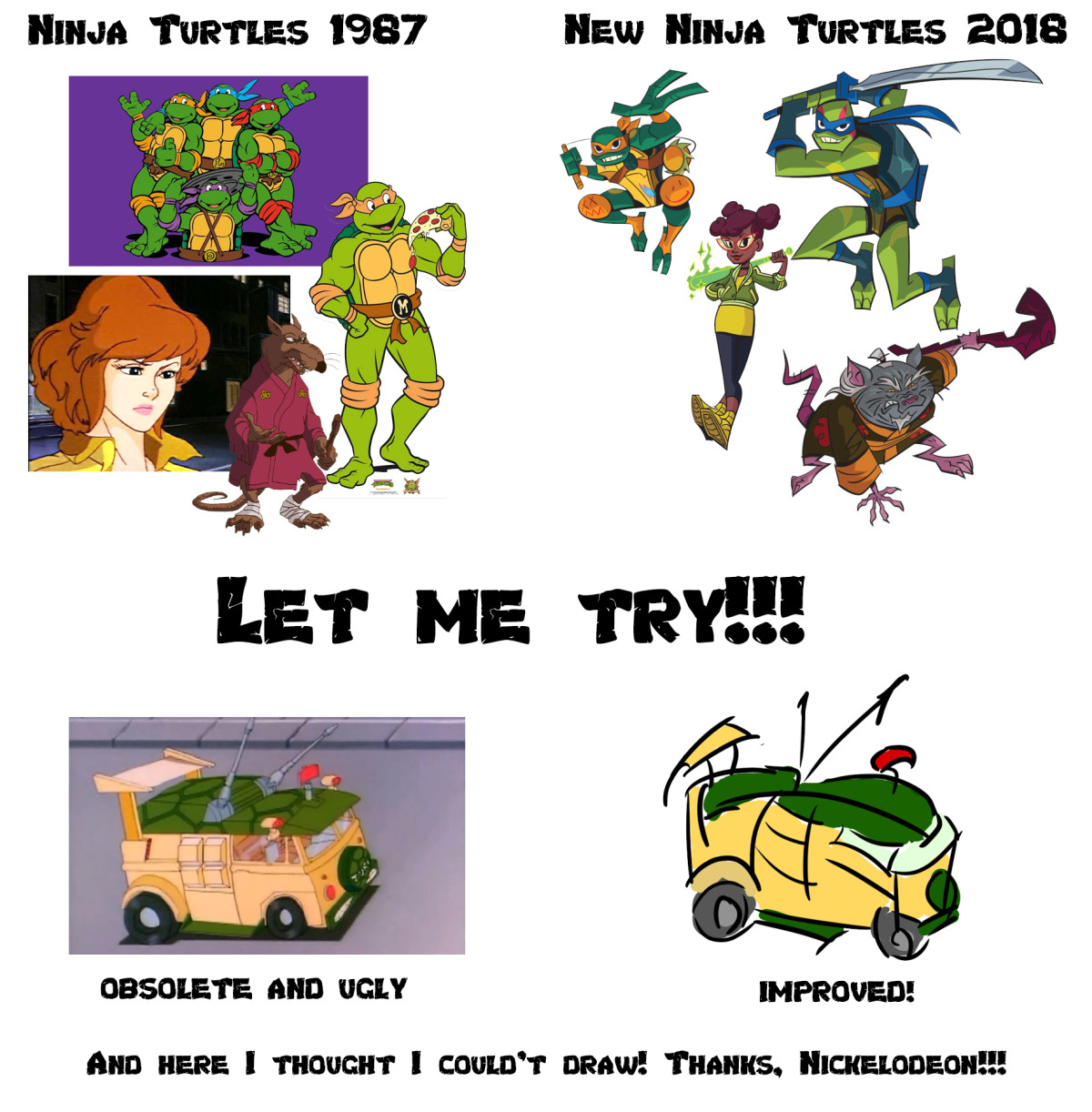 A quick note about distractions, conformity and motivation

It's true, that it has been a while since my last blog post.

The thing is, it's a hot ICO season. Being a huge geek myself I simply had to jump the bandwagon. Can't share the details at the moment, but as soon as the craze passes I will absolutely rotate back to the film. 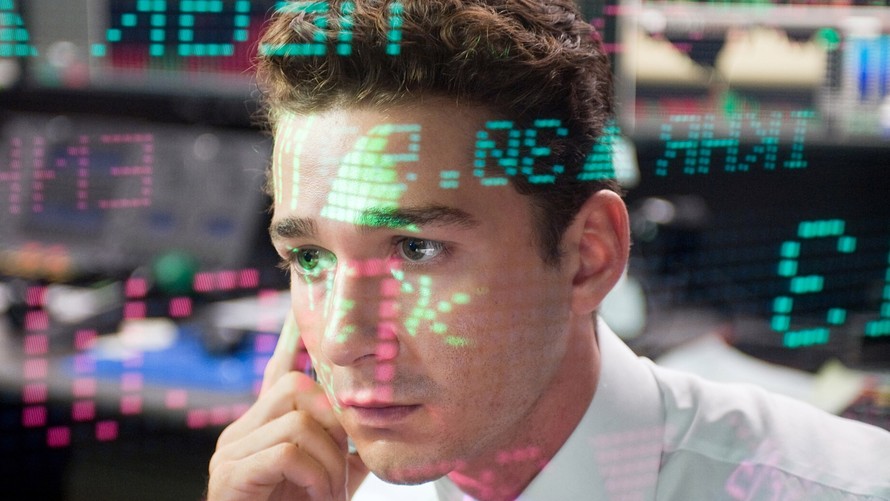 Anyway... Back to the topic.

I'm also looking for a 3D sculptor. I'm not an artist and thus am seriously lacking in the character design department. If you're an aspiring modeler or a sculptor, drop me a line. Hopefully we'll end up working together on the short film. What I'm going after are stylized character designs like this one: 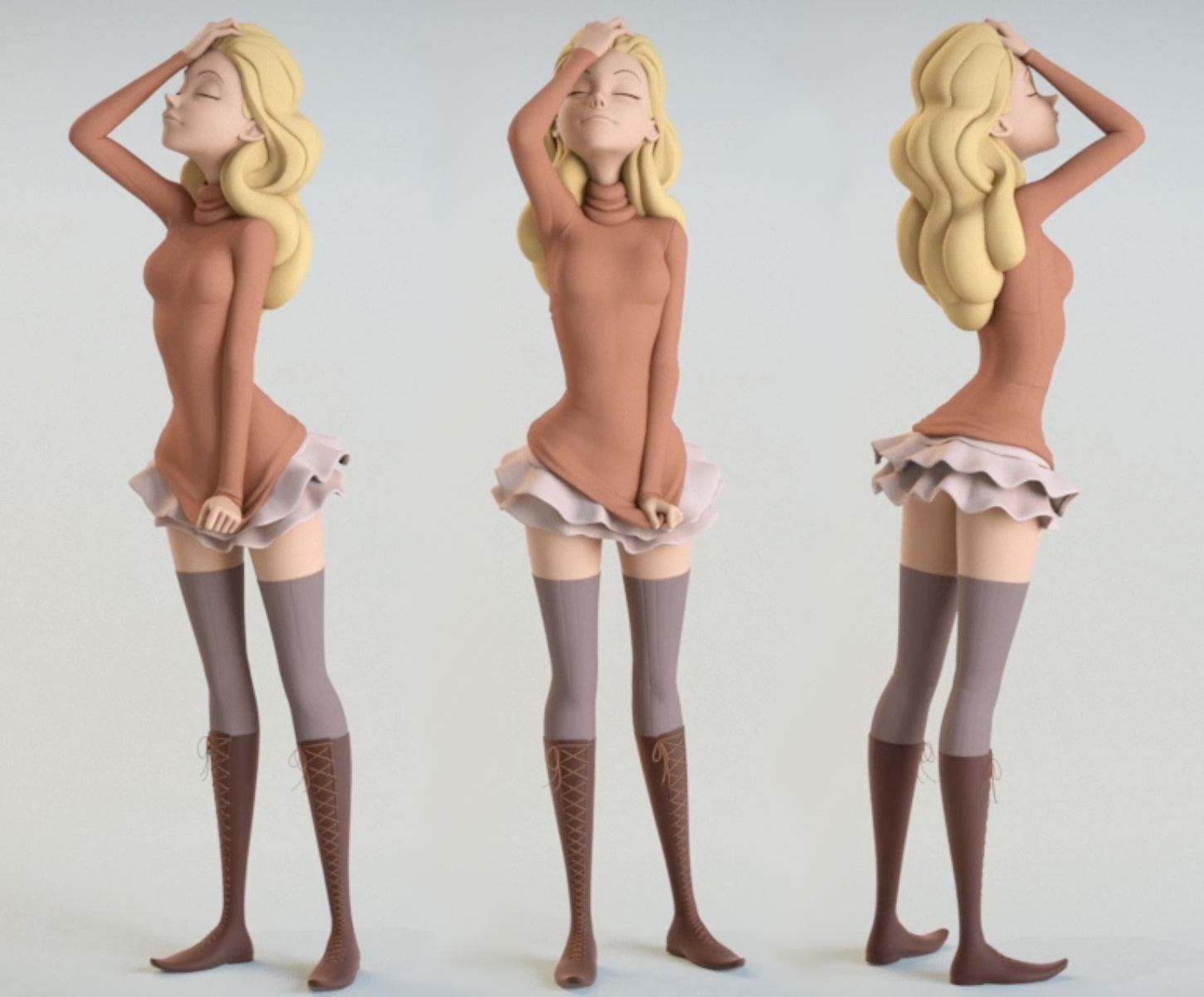 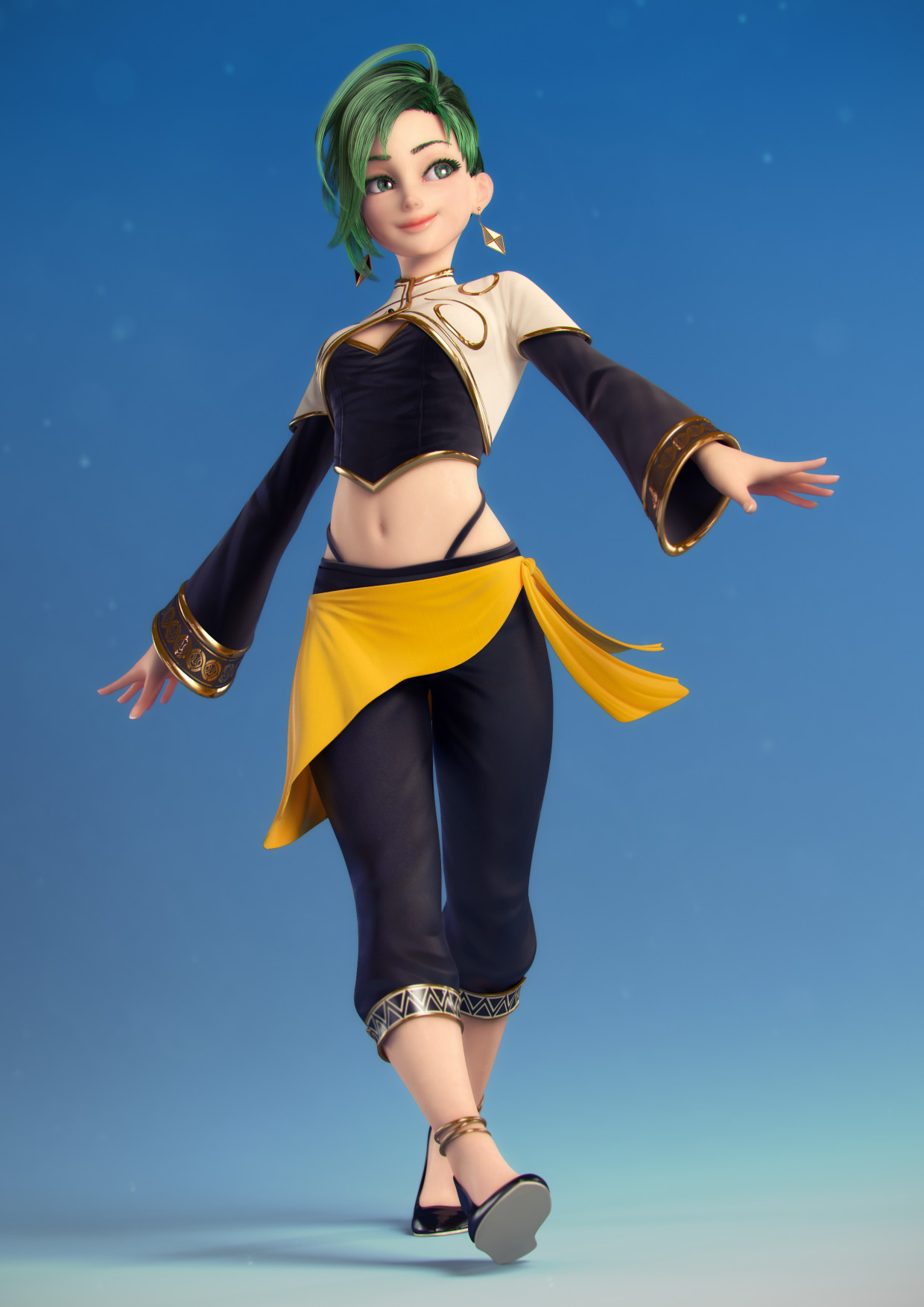 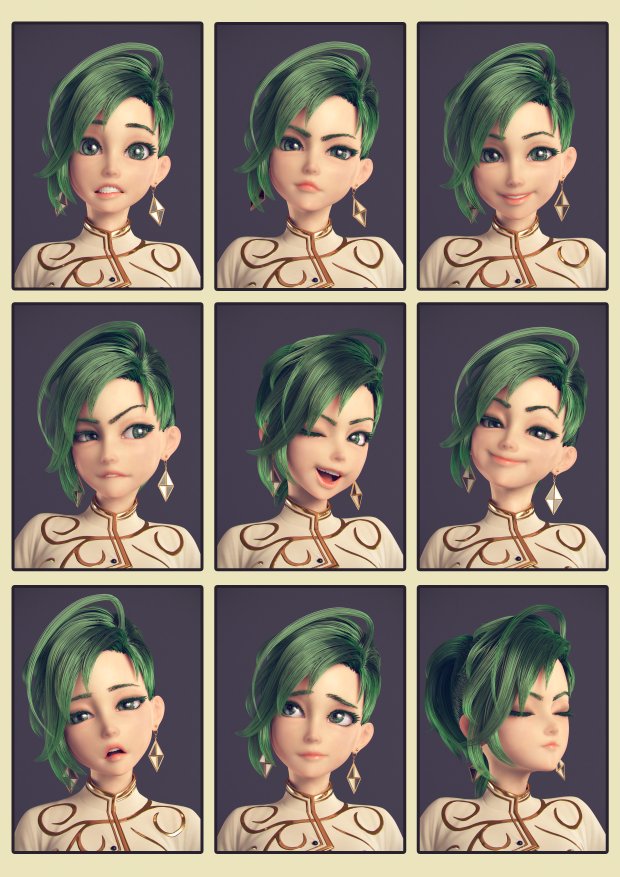 This particular CGI character look is currently prevalent in the world of western animation and as opposed to pursuing the cherished and elusive unique and highly original character and world design (c), I would much rather adopt a known style that works and spend more time polishing the actual story and animation.

Many of the real artists would scoff at the very idea of conformity when it comes to original work, but going 100% original is insanely difficult in the age when you can find anything and everything at deviantart or tumblr.

You can either spend years developing and implementing a pioneer style into your works or choose a particular look you deem appropriate for your project, produce assets within its boundaries, put stuff together and end up with a finished multimedia project. Like a game, for example. This way a project may not be 100% inventive, but it will have a higher chance to one day become a finished product, rather than a collection of ideas and sketches. 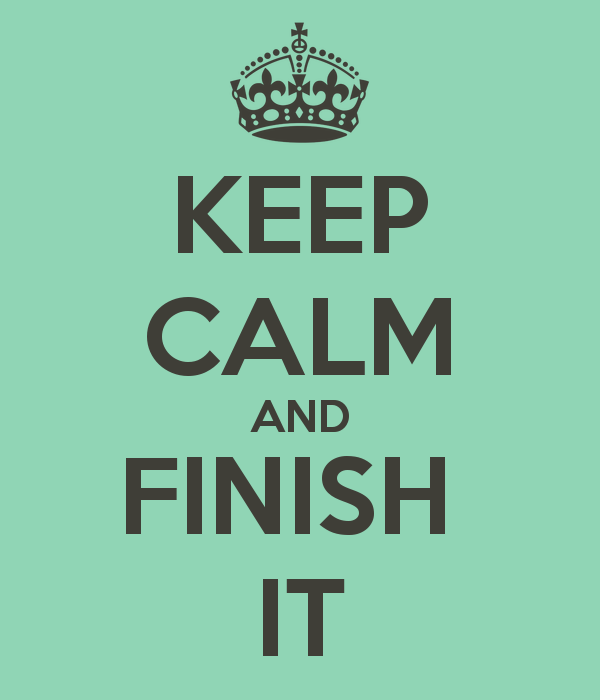 And then there's also another factor at work here...

I don't know about you, but the longer I work on a composite personal creative project, the more difficult it gets. An animated CGI film is one of those. It's incredibly easy to get distracted and waste a ton of time on a single aspect of a complex project, get through, then look back to realize that there was an easier and more straightforward way and afterwards look ahead to see that the amount of work left to be done hasn't really changed much. That's when the inevitable happens and I start questioning whether I need this particular project at all. A dangerous rumination with a chance to bring a full stop to the project at hand.

So I would rather walk a known path and end up at the destination, than fight my way through a trackless forest and either get lost or simply abandon the journey because of loss of motivation.

So this is the time when I pause, take a deep breath and remind myself: "Hey! It's a personal project, remember? It's supposed to be fun. Don't fuck it up."

Get your body ready for Motion Capture with 8 minute workouts

While the full 32-neuron MoCap suit is on its way, I've decided to get back in shape and get rid of those unsightly love handles and give my amorphous muscles some real whipping. After all, I am going to document the MoCap sessions and certainly wouldn't want to put you through the horror of watching some mushy amateur clumsily jumping around in tights.

Therefore a month ago I went back to my favorite series of workouts developed by Jaime Brenkus called "The 8 Minute Body system" released on VHS back in 1995. The series consists of several short training videos targeted at different parts of the body: 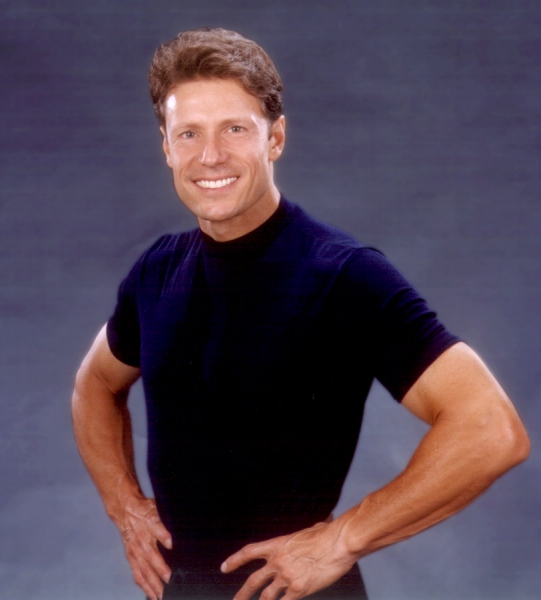 Those are great routines which definitely work. For example it usually takes me about a month to a month and a half to get back in good shape, shave off those extra fat deposits and all of that – with less than half an hour of exercises. I usually don't do all of them and only focus on arms and abs with the following schedule:

As you can see weekends are where it's at, this is where the whole upper body gets a real beating and shapes up nicely and in a very short time. I use free hand-held weights when doing arms to make sure it's not just aerobics but real strengthening exercises, and add more weights along the way based on the results.

You can find a playlist with all 8-minute workouts available for free on Jaime Brenkus' YouTube channel. 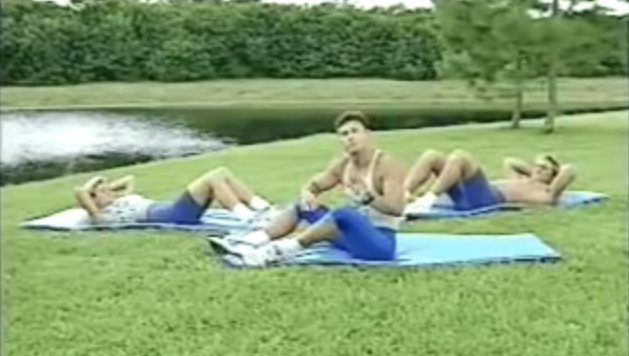 Now for a finishing note and a disclaimer: make sure to consult your doctor whether it's an appropriate activity for your body and supplement your diet with quality whey protein! Otherwise you'll be losing not just fat, but also lean muscle mass which you don't want!

Good luck on your path to the perfect MoCap body!

My very own blog is finally up and running. I'd like to sincerely thank my good friend Daniel Lesden who inspired me to begin publishing my thoughts online. Daniel is also an excellent music producer and has his own blog and a rave podcast which you should definitely check out.

And just for the record dare I say that HTMLy blogging platform is AWESOME?

Too bad there is no MySQL-driven version. Plain text files are good and all, but as soon as it starts getting interesting (I'm looking at you, tag-and-title-only-search), it becomes rather limited. But it will do for the time being.

What is this all about?

Here I will share my experience working with VFX and CGI software, industry news I find interesting and most importantly - will document my journey to create an animated short film!

This is going to be a long and exciting quest and I hope you find my ramblings and findings interesting on the way.