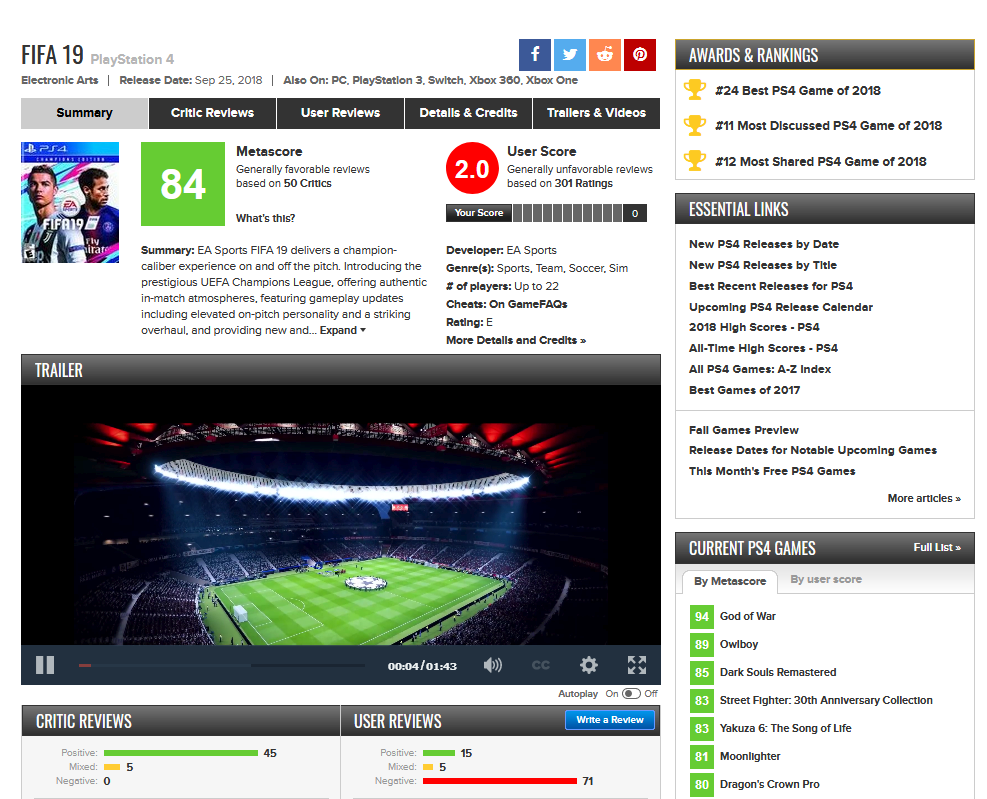 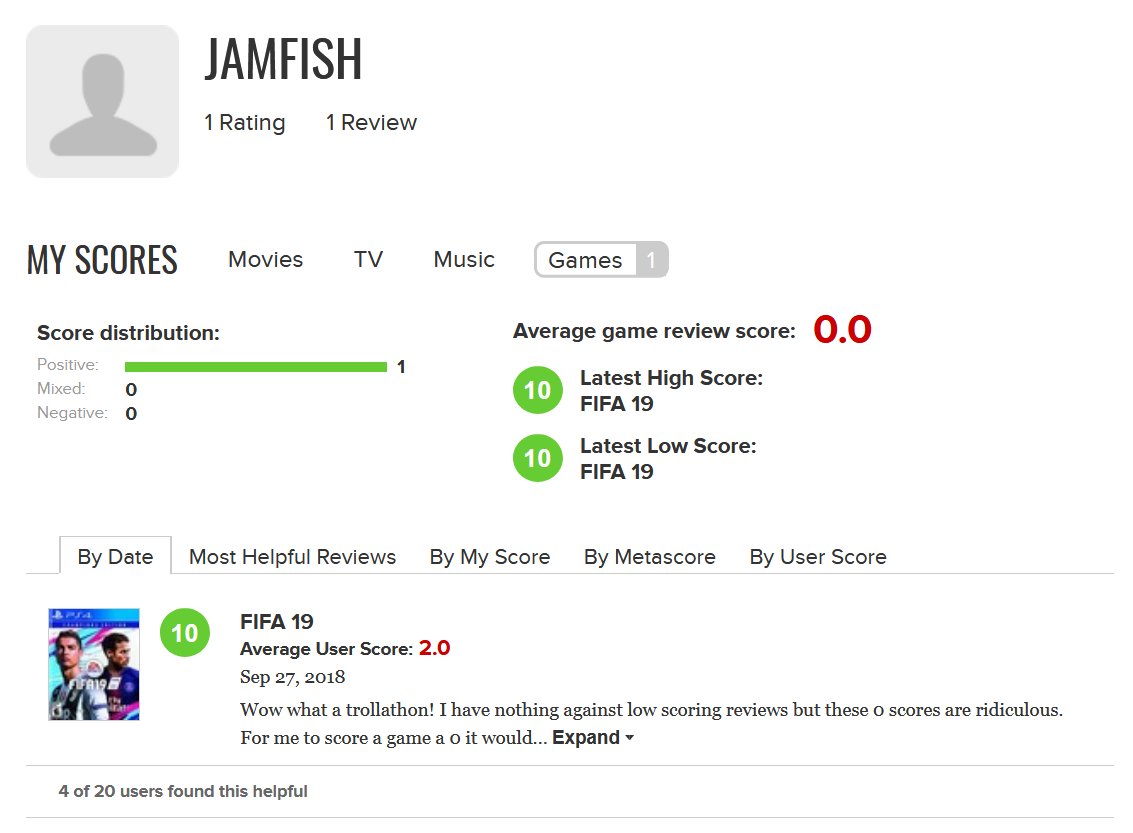 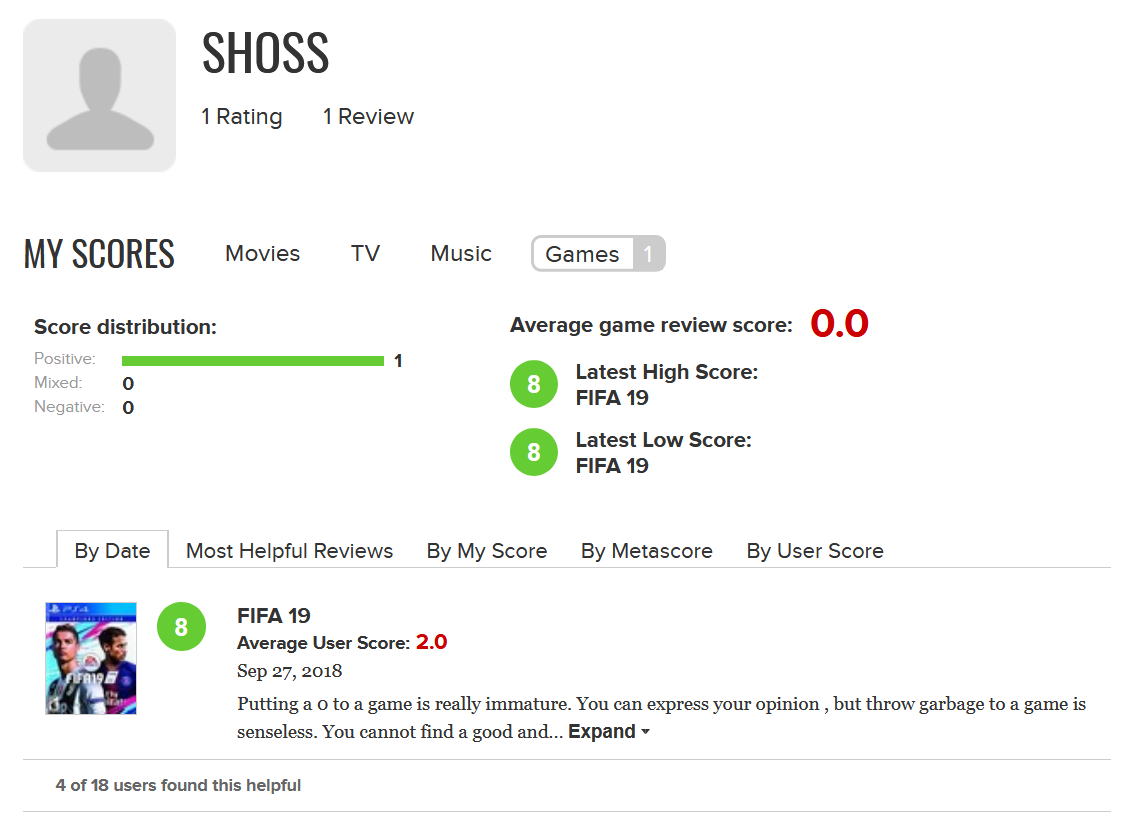 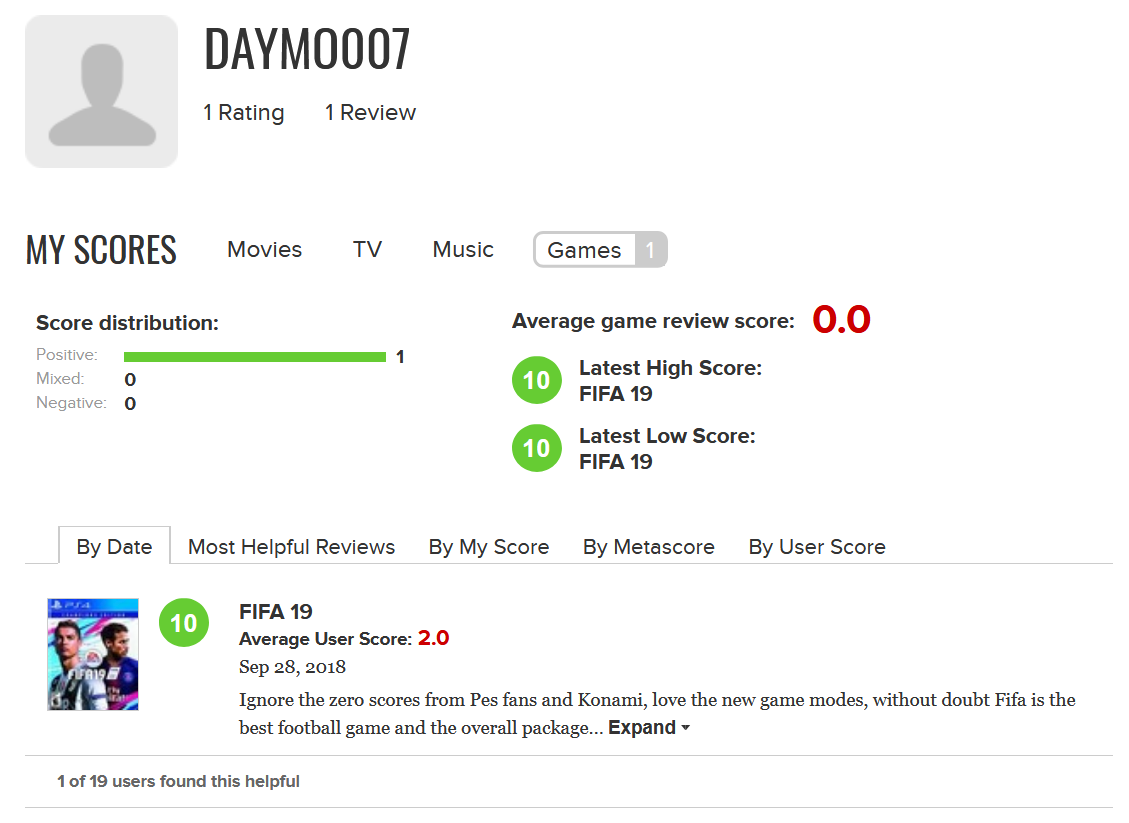 These are nothing special. Just your most basic dumb "virtuals" which when profiled can be easily discerned as fake users created specifically to promote a single electronic product. There are many like these for most of EA titles, especially in the FIFA series...

But seems like EA's methods don't stop there. Check this one out: 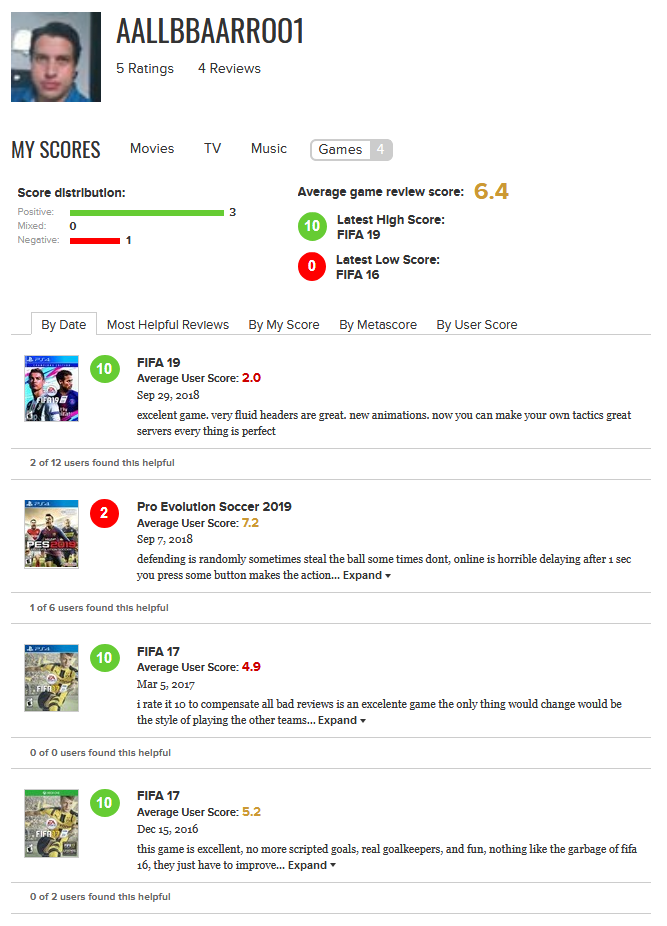 How about this one: 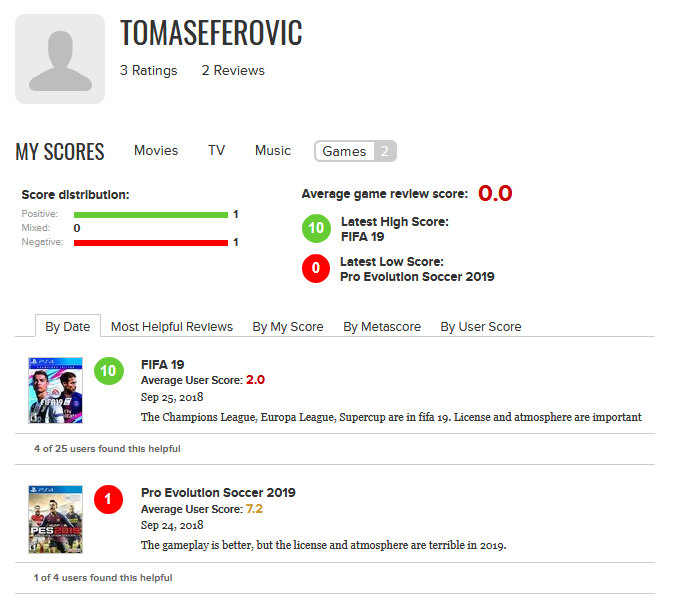 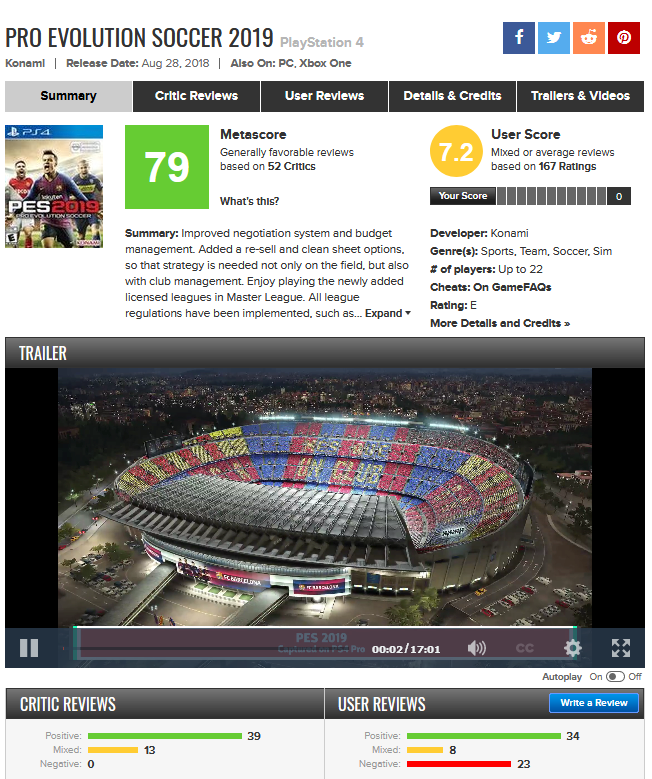 Huh. This looks... A bit more believable than what we're seeing for FIFA 19, don't you think?

Therefore I see it like this: EA decided to go both ways:

But don't be so quick to judge only EA just yet.

I bet PES' publisher is also not a saint as you will see below.

Why Are You So Negative?

Just to be fair, let's take a look at several profiles of the users who left all those negative reviews for FIFA 19. You know... For Great Justice!

Here are the profiles of the first several posters from the user reviews page: 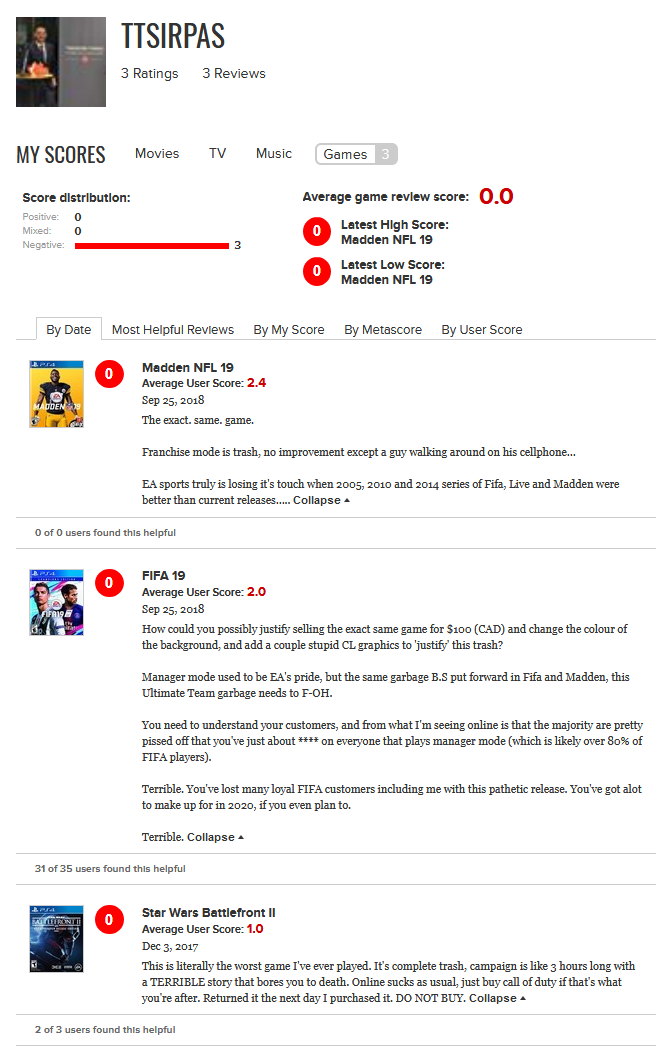 This one is either a very angry player who decided to create an account specifically to bash the latest bunch of EA games or a virtual created by a competitor's PR team to lower the scores of the games. Go figure. 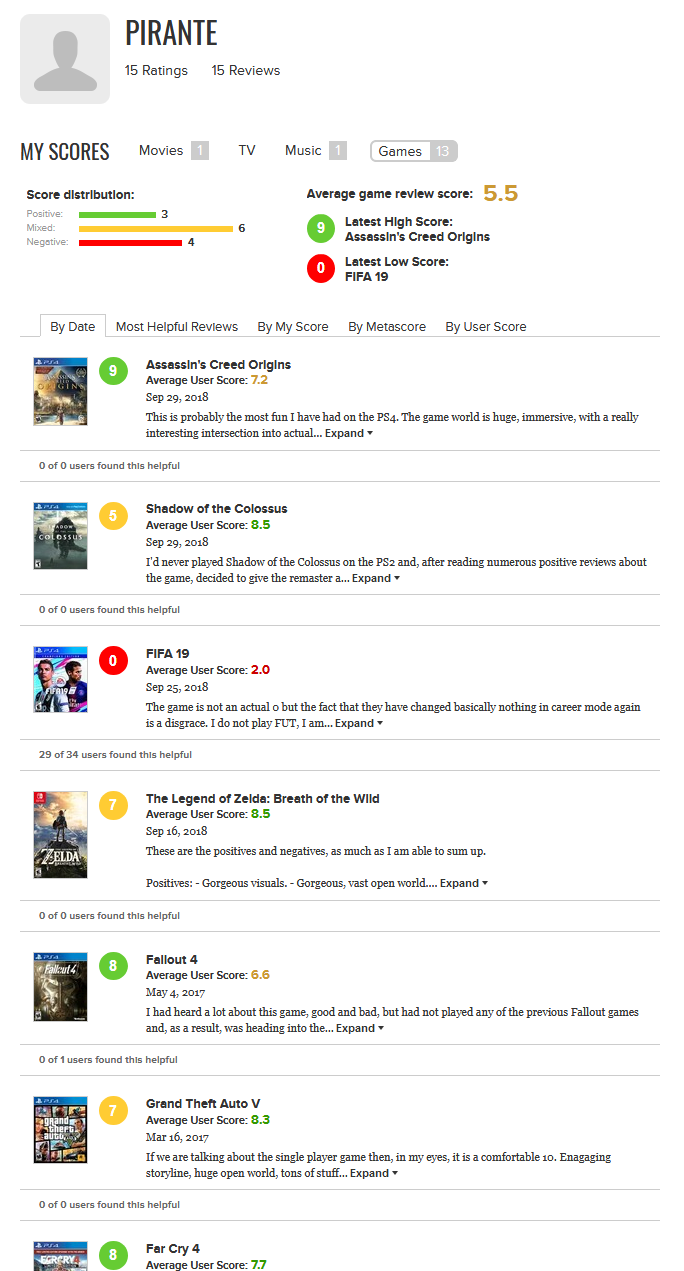 I swear this guy is is legit. 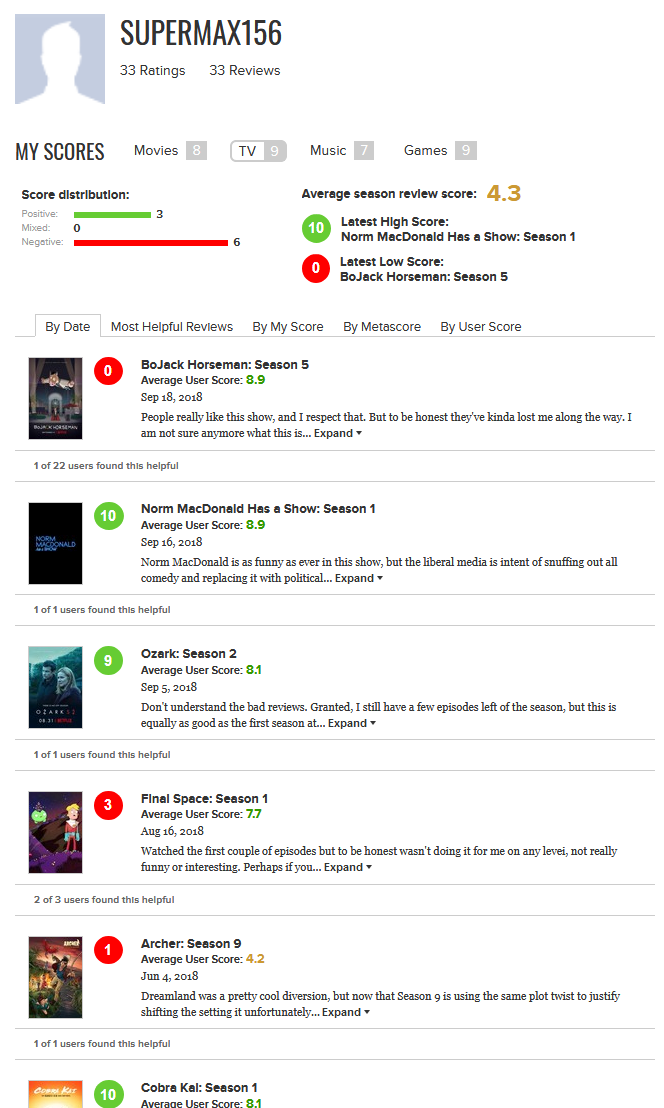 This one seems legit as well. You can read his reviews, they are not generic and quite specific when it comes to pointing out strengths and weaknesses of various products. 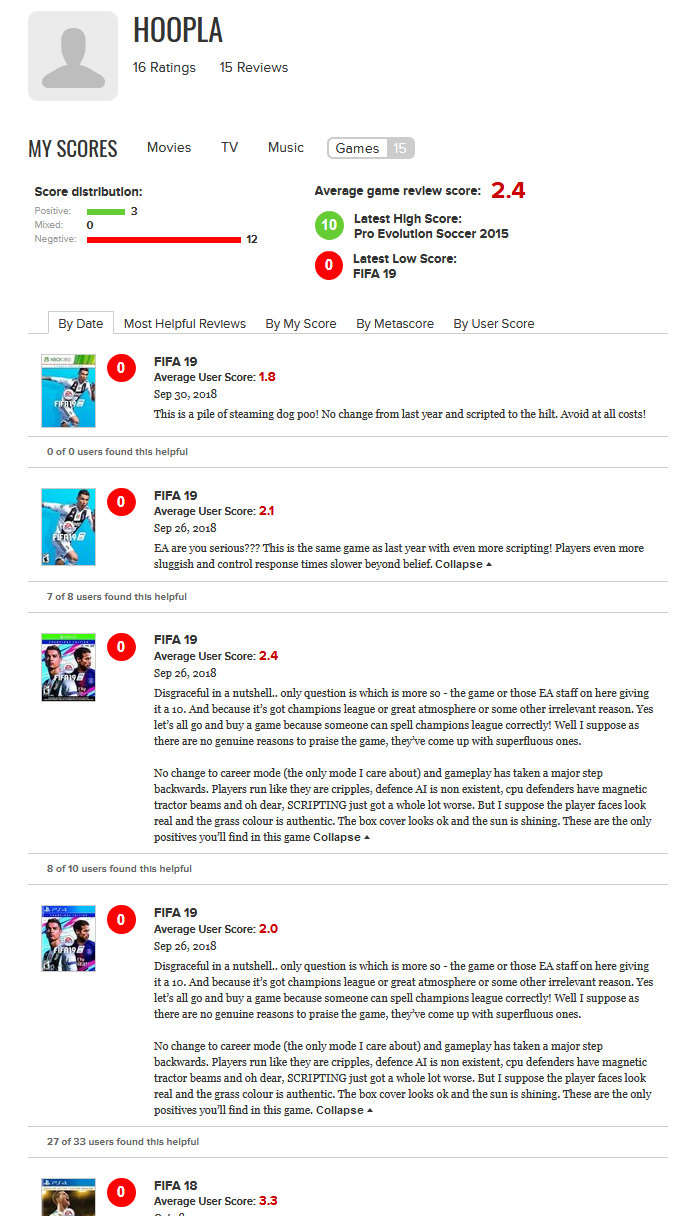 Jeez... This guy seems to have a particular gripe against EA Games. Note the duplicate reviews. It's either a virtual or a lazy user with a personal vendetta. I bet on the former.

Seems legit. Note how the user praises and bashes both PES and FIFA, pointing out specific pros and cons for both series.

Looks familiar, doesn't it? Learn from the pros: drown the competition, right?

And there are lots and lots of users with only 1 game reviewed, that being... You guessed it! FIFA 19. 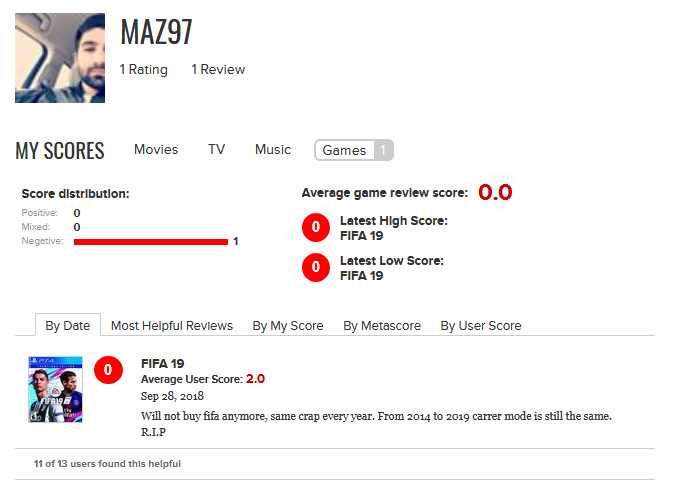 What's surprising to me is that EA gave up... rather quickly with their paid reviews. There's only a handful of 10/10 reviews for FIFA 19 which is rather weak. Seems like EA gave up much sooner than it did with Mass Effect Andromeda, for example.

Here's where it gets even more interesting.

Starting Monday, Oct 8-th, Metacritic reviews page for the PS4 FIFA 19 can and will probably change in one of the following ways:

I'm aware that it's no breaking news that everything and everyone is for sale. It's up to the highest bidder to get advantage of the corrupt Media outlets and promote their product or agenda.

I just want to grasp this opportunity and log all Media who gave this product a higher than 80 Score when it's apparent (even to me!) that it's just a re-skin of the previous title in the series as well as a quick cash grab, especially when you take the loot box drama into consideration.

I will now thank you for reading my sudden rant and leave you with the list of the ones to avoid (at least I know I sure will):

P.S. I don't care if FIFA 19 or PES sell well or not. I just want to let those PR agency watchdogs who are performing regular community reaction analysis, that are reading this post to know that we know what you are doing. You're the scum of the Earth and these practices are what ruins the fair competition on the Internet. And you bastards are the ones to blame.