Start by voxelizing a polymesh of your choice. Let's use a sphere (based on the "001_cloud.scn" example scene): 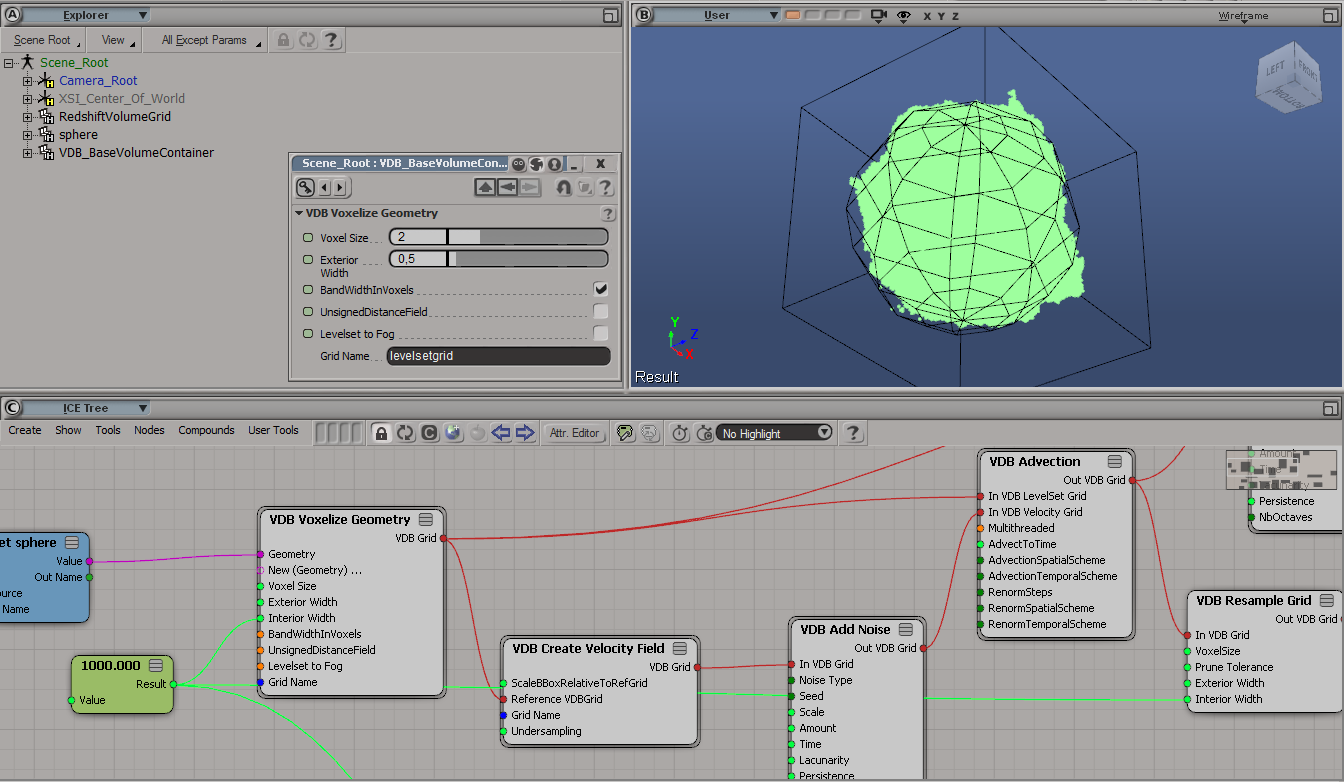 Pipe the result through the VDB File Grid IO node to write it to the disk as Cloud.vdb: 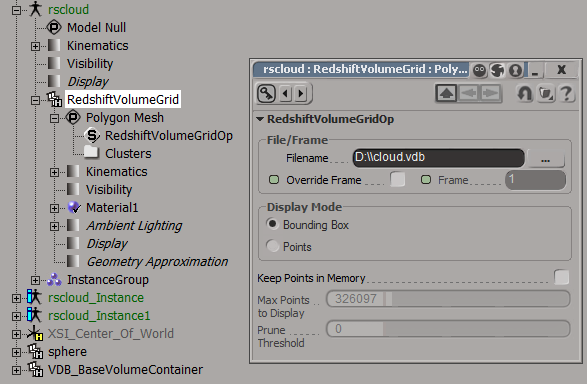 Tweak material settings until you get something that looks like this: 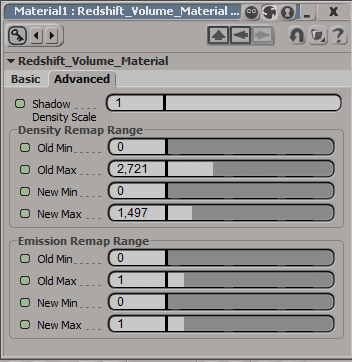 Add Redshift physical sun and sky to the scene, enable brute-force GI in the renderer settings and check the result: 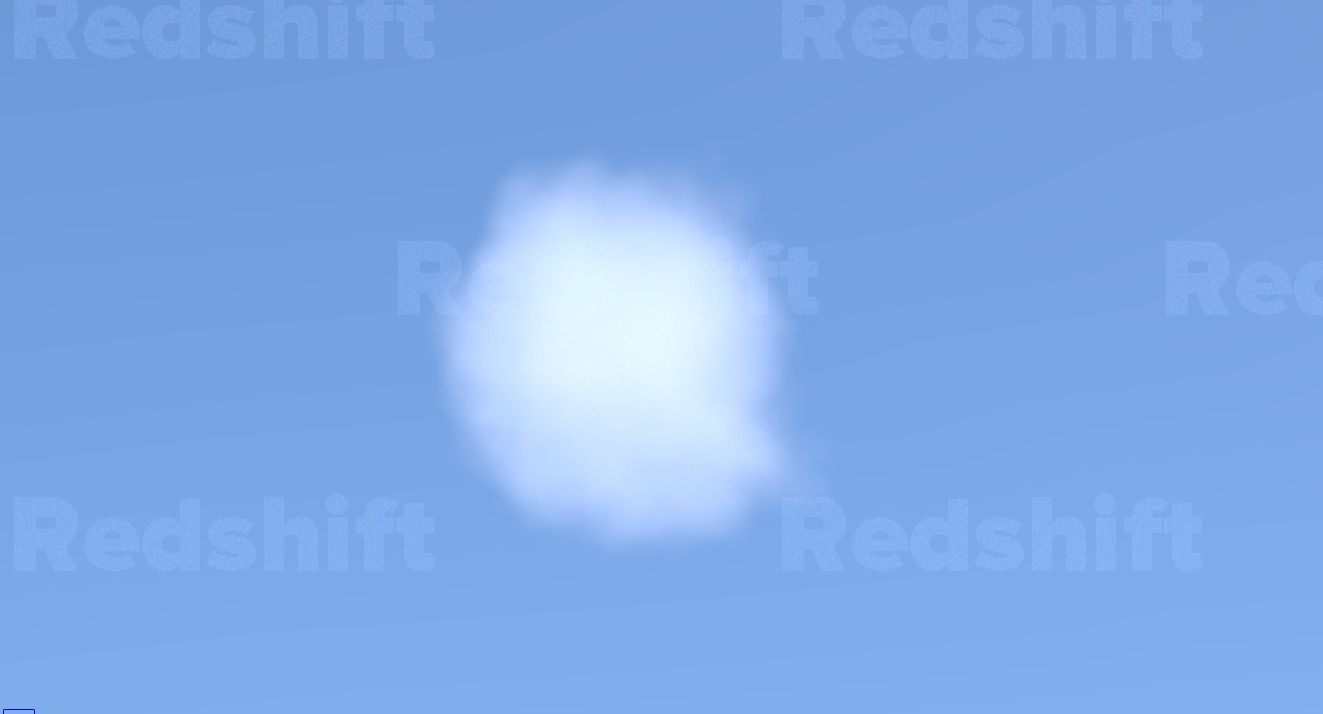 Not too interesting, right? Let's introduce some noise to the grid: 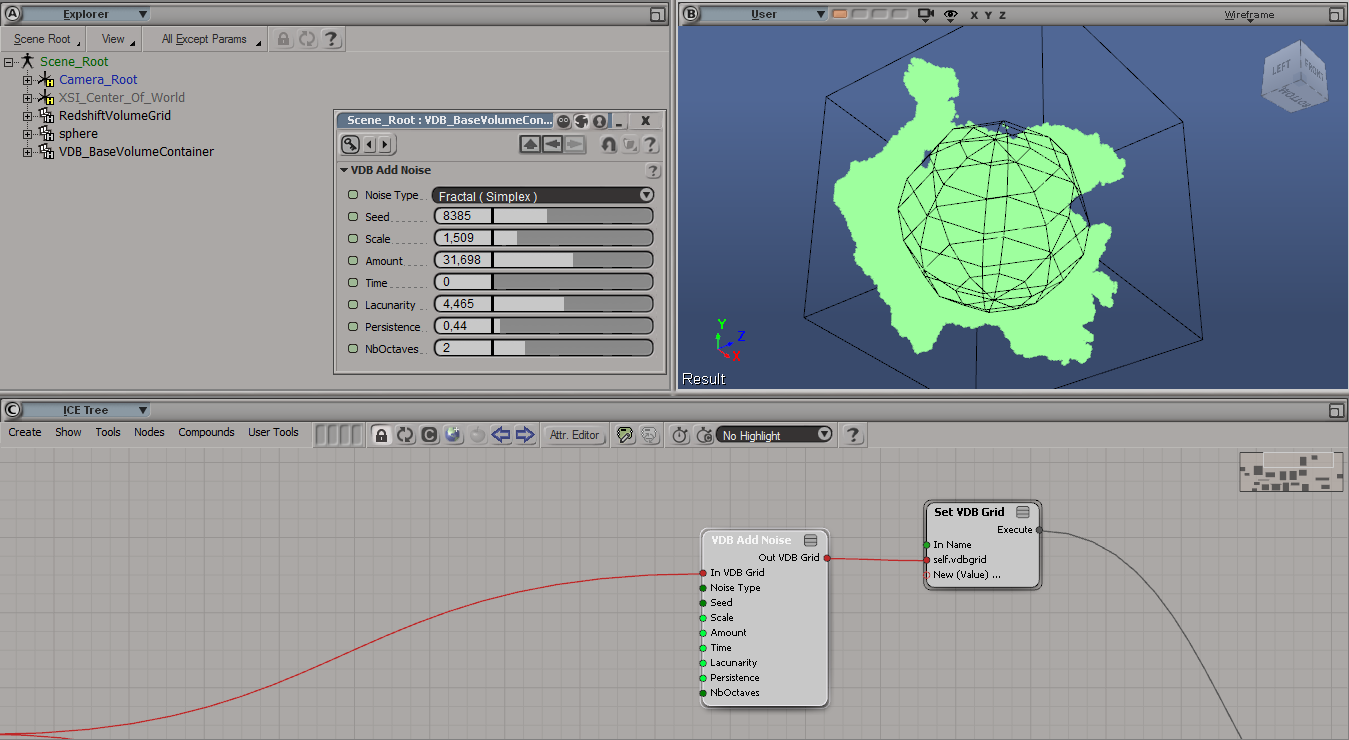 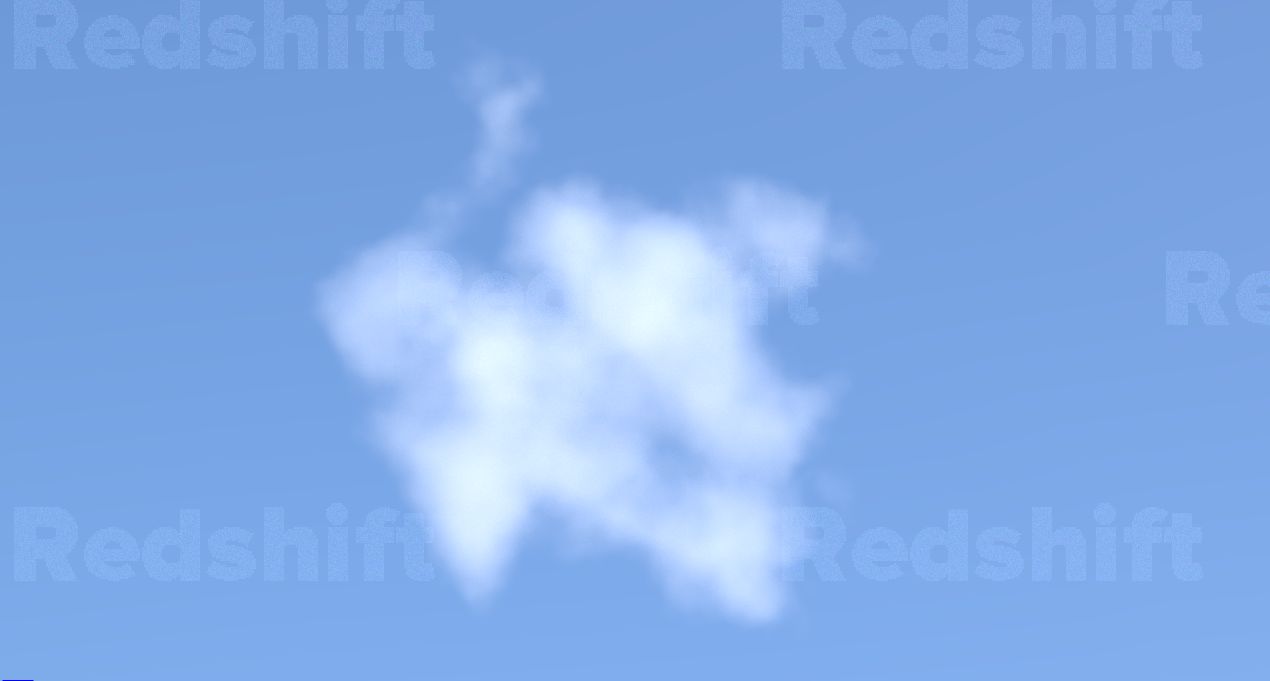 Much better. Keep adding modifiers to the grid in the ICE-tree, put your volumetric object into a model and instantiate it a couple of times and you might end up with something that looks like this: 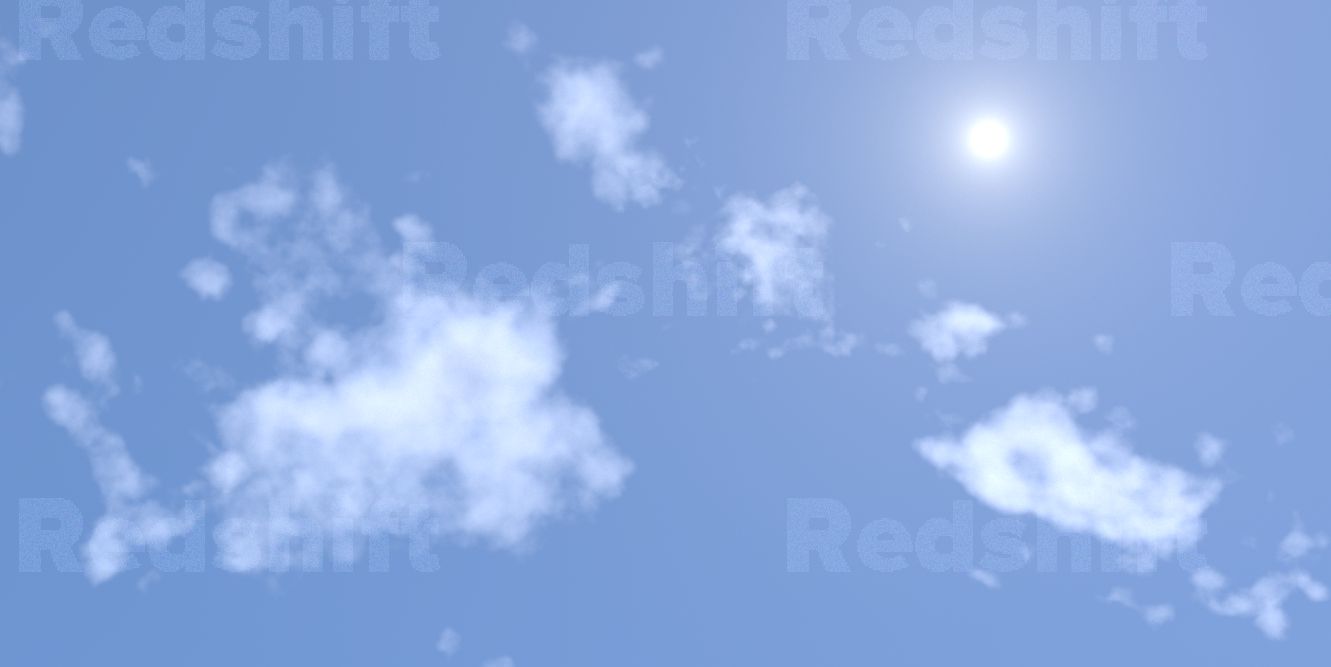 What's great about this approach is that you now have a VDB File Grid IO node in your ICE-tree on the generator object set to "write to a .vdb file" on every tree execution. Redshift then reads the referenced .vdb file using RedshiftVolumeGridOp operator on a poly object. This way are now able to visualize the changes you make to the vdb-file generator in the viewport and immediately render out the updated volume with Redshift.

You can download the compounds and join the discussion here. Make sure to download example scenes to see how to correctly build an ICE-tree using the supplied compounds.

This is the complete tree from the "001_cloud.scn" example:

Check out the detailed tutorial to find out what all of those compounds do and how to use them.