Upd. Dec, 2020: after mocking Apple some more Samsung will once again follow suit and will not be bundling chargers and headphones with their phones. Just like their "big brother" they're clearly in a love-hate relationship with.

Remember this "family"? The one Samsung marketing team created to mock Apple and stress how ridiculous of a concept the notch was?

Remember this guy? The one from the ad?

One who drops the phone into water and has to put it into rice in hopes to help it dry up and recover since iPhones back then were not even remotely waterproof, as well as has to use a dongle to have his phone charged and connected to his headphones at the same time? What a loser, right? Samsung phones are where it's at! They have the 3.5mm audio jack! Right?..

Or how about this big guy with his top-of-the-line headphones with a 3.5mm jack? 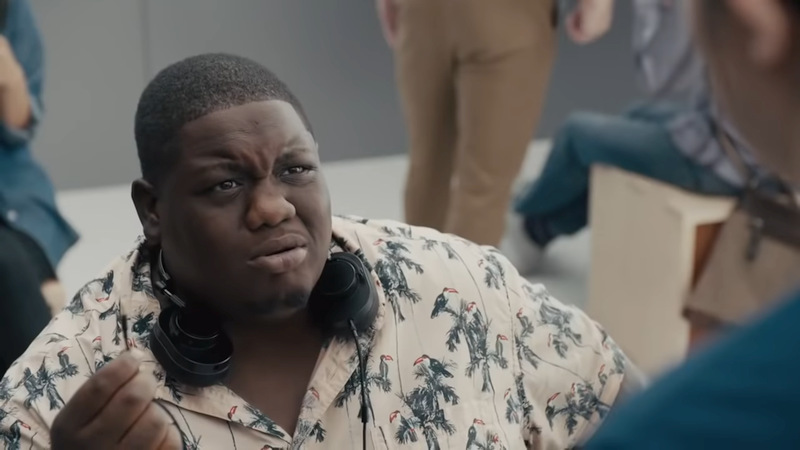 The one who is puzzled due to the the need to have to be using dongles with other dongles to listen to his music and charge the phone at the same time. What a loser! Right, Samsung? I mean, Samsung sure knows what people need. 3.5mm jack has been there for ages and it doesn't even hinder the ability for the Samsung flagship phone to be waterproof! Right?..

No. Not any longer. 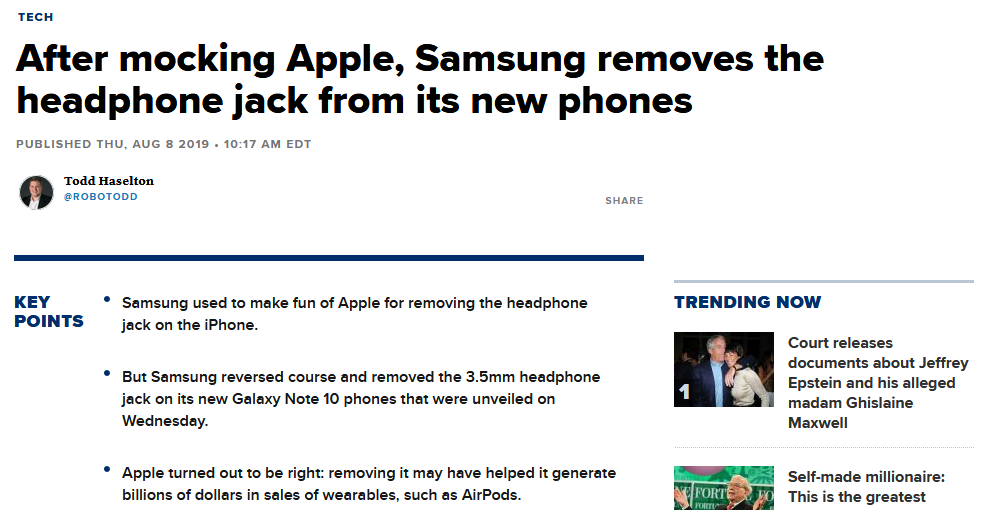 But, come on... Maybe we should give a pass to the company that over the years copied pretty much 90% of what Apple did, huh? Should we?

No, Samsung. You DON'T get a pass on this one. A company with a true ideology has to have a back-bone. A spine.

Decency to adhere to the image it created for itself over the years. Especially if it involved making fun of the competition over questionable practices:

All of those were available in all Samsung phones until Note 10. Let's see what we now have with the newer and better device, shall we? 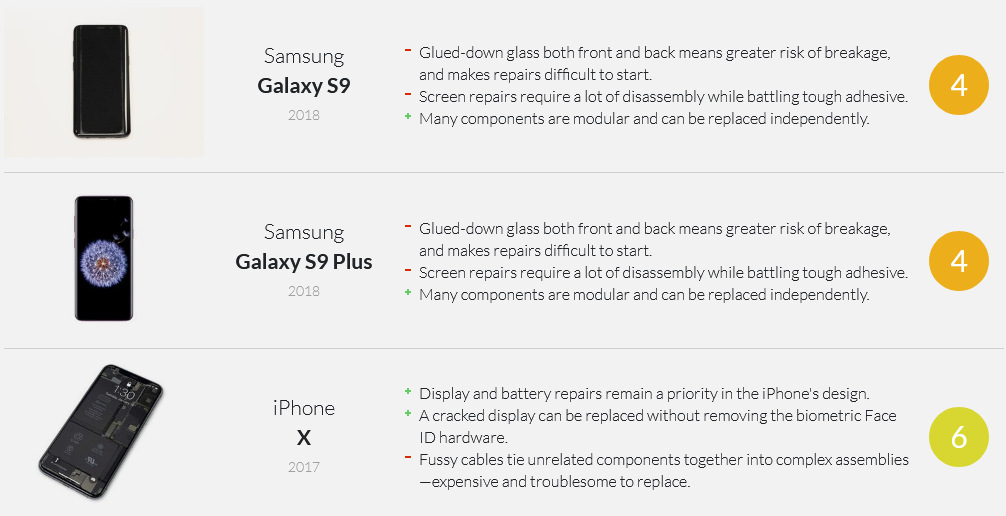 I'm not a fan of Apple. Oh believe you me... Even though I used their platform to promote and distribute my mobile game and had to purchase several Apple devices to test and publish the game (something that is only possible if you have a Mac!) — everything except for the iPod Touch 4 was a purchase I had to make. Didn't want to, but was forced to, to make sure I would be able to finish the project at all.

I don't approve of Apple for creating an almost all-round proprietary jail for its users as well as its plethora of practices against third-party repair shops and the ability for users to be able to repair their own devices or even replace the battery without stumbling upon artificial software issues.

But I do respect Apple for one thing: it's truly committed to exploiting and milking their user-base dry for commercial gain. They've been gradually trapping the users within the walls of Apple hardware, Software and cloud infrastructure for years now and keep tightening the screws year by year. They are committed and they have decency to advertise themselves since a multi-billion corporation probably knows how to properly rip their users off and will most likely profit from its own actions.

After all, that's what big business is all about. 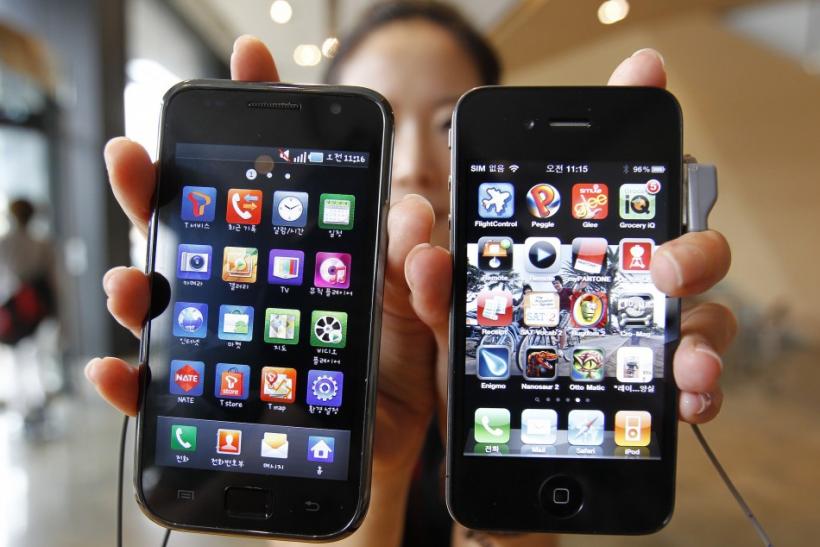 But Samsung... Oh, the copycat Samsung has finally revealed its true hypocrite nature of a commercial company designed to make money and profit just like Apple but with a key difference: Apple leads the pack and the followers are forced to eat the dust of the leader whilst trying to make it seem like they don't care.

Some of those up-and-comers focus on and advertise their own products.

And some... Copy everything the "alpha male" does whilst resorting to cheap practices trying to mock the front runner and yet tripping over their own shoe-laces ultimately embarrassing themselves in the eyes of both the competition and their own followers.

Truly makes one appreciate this old joke even more:

— How many Samsung designers does it take to design a smartphone? — Just two. One to hold an iPhone in place and the other one to trace it.

Oh my... What a beautiful contraption.